Final act of EUSJA’s 2014 general assembly in Vienna was the election of Satu Lipponen from the Finnish Association of Science Editors and Journalists (FASEJ) to its new President. Satu succeeds Barbie Drillsma who served for two two-year terms since 2010. Viola Egikova as Vice-President and Wolfgang Goede as Honoray Secretary were re-appointed. The general assembly thanked Drillsma for her diligence in the past years and congratulated Satu. 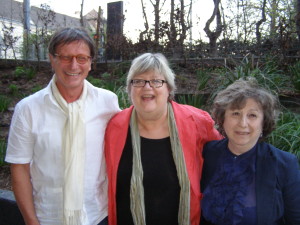 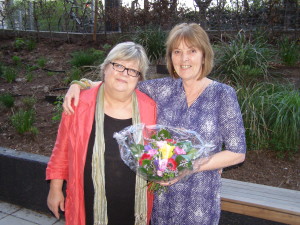 Here is Satu’s presentation and introduction to the assembly.

„I am a science journalist and write mainly about health and cancer and about the future of our profession. I have worked since 2000 as managing editor of the Cancer magazine and editor-in-chief of the annual Cancer research magazine. I have worked in several positions in journalism since 1976. I have been a foreign news editor and sub-editor in national news daily for over 10 years and editor-in-chief in a local newspaper. I have written articles, reports and books on a broad range issues and have been a specialized science and health care writer since 1996. I hold MA in journalism and international relations from the University of Tampere and have done postgraduate studies in foreign policy and industrial leadership. I am currently the president of the Finnish Association of Science Editors and Journalists (FASEJ) and was the president of the 8th World Conference of Science Journalists in 2013. I am a board member in 2 professional networks, another is an expert network of public health (EU-level) and another about cancer information (global). I am a member of the jury of the EU Health Prize for Journalists 2014. My connections include memberships in several journalists´ associations. FASEJ has prepared a new strategy under my presidency and redirected activities into networks and digital publishing. My specialties are cancer, health promotion, ethics, e-health, science in general and journalism. I have trained colleagues into using social media. My vision of EUSJA: we need strengthening collaboration and professionalism across Europe. It is especially important during 2014-2016 to seek and renew partnerships and to establish new ways of securing quality science journalism. We need to find these new possibilities together and through strategic partnerships. Benchmarking good and open governance is essential for any organisation. EUSJA needs to be independent and open to future options.“